Pine Bay is only 12 km from Ephesus which was one of the most magnificent towns of antiquity, with its Temple of Artemis, reckoned one of the Seven Wonders of the World. Nearby is the House of the Virgin Mary, visited by thousands of people every year.

Şirince is a village of 600 inhabitants in İzmir Province, located about 8 kilometres (5.0 mi) east of the town Selçuk and about 8 kilometres from Ephesus. The area around the village has history dating back to Hellenistic period. Pottery finds made around the village between 2001 and 2002 by Ersoy and Gurler indicate the presence of seven villages and nine farmsteads in the area dating back to ancient and medieval times. On the road up you will see the remains of several Roman aqueducts as the village was an important water source for ancient Ephesus. Today the village prospers through agriculture (olive oil, peaches, wine) and tourism. It is well protected and a rare and attractive example of Ottoman Christian archtectiture. 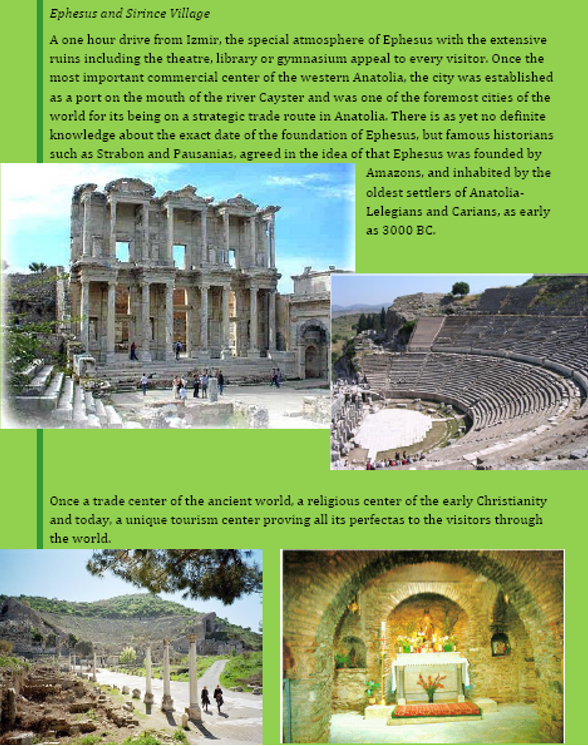 Through the meeting, social program will be organized to visit Ephesus and Virgin Mary, as well as the small city of Şirince located only 15 km from Ephesus. FEBS Lecture Course participants will enjoy to explore this unique city, followed by a relaxed period and a fine dinner at the village.

The climate is typically Mediterrenean, rainy and mild in winters and dry and hot in summers. Throughout the year, there are more than 250 days under the sun shine. October has a very pleasing wheather. 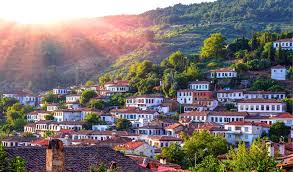 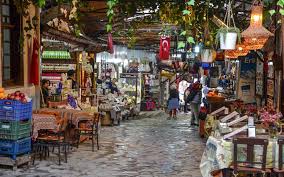 FEBS has twin commitments to high-quality publications and the promotion of molecular biosciences. As a charitable academic organization,
FEBS uses income from the journals to fund its diverse activities, including support for FEBS Advanced Courses.